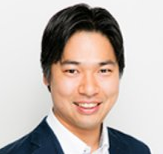 Vice President, APAC, Blancco
Masayuki Morita, Blancco Vice President of APAC Sales, is an influential leader in the telecommunications, cybersecurity, and IT asset disposition (ITAD) industries. Based in Singapore since 2015, Masayuki has successfully doubled both sales revenue and headcount across the Asia Pacific region.

Trusted for his technical proficiency in cyber security, Masayuki has influenced multiple public sector organisations and telcos in APAC on policy making with regard to data erasure. Key projects include GovTech Singapore and KDDI Japan to name a few.
Before his move to Singapore, Masayuki was the CEO for Blancco Japan. As one of the pioneers in the company, he was instrumental in Japan’s growth. An influencer in the ITAD space, he was a core member of RITEA (Recycle and Reuse Association of Japan) and contributed to their data erasure certification program.

In the Enterprise and Mobile space, Masayuki led his team to work with major telecommunications companies, ensuring proper data erasure implementation, and buy-back programs and trade-in devices were compliant with regulatory requirements. In the highly regulated Enterprise space, Masayuki was closely associated with industry committees in the credit card security and cloud security consortiums.

Having graduated with an E-commerce and IT degree from Australia’s Central Queensland University, Masayuki lived in Australia for a year and is very fluent in English. In his free time, Masayuki plays the guitar, reads philosophy and history, and is an avid traveler.
Sessions