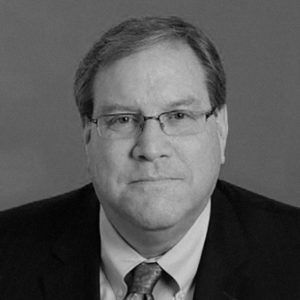 Mr. Harrington served as a Managing Director and the Chief Information Security Officer for Citi between 2012 and 2018. He was responsible for expanding global cybersecurity initiatives focused on protecting Citi, and its 200 million clients and customers. He led a transformation effort to install an intelligence-led, threat-focused approach to information security at Citi. His "must-win battle" campaign was to create a learning organisation; which is cohesive, adaptable and responsive to the evolving and changing cyber threat that Citi would encounter in its role as a global financial institution. This effort included the creation of a network of Cyber Security Fusion Centers in New York, Budapest and Singapore all built on a principle of a "Team of Teams" approach, with centralised command and control responsibilities. Mr. Harrington expanded the crisis management program to include a global cyber war gaming initiative, complemented by the expansion and operationalisation of crisis management playbooks, team preparation and the development of business leaders capable of responding to real-world challenges.

Prior to joining Citi, Mr. Harrington served as the Associate Deputy Director and Chief Operating Officer of the Federal Bureau of Investigation (FBI). At the time he retired from the FBI he had served over 30 years with the US Government. He served in multiple leadership positions at the FBI to include national security, counterterrorism, criminal, cyber, intelligence operations and field office operations. His leadership and success were recognised in 2012 with his receipt of the FBI's Medal for Meritorious Achievement. He was also recognised with two Presidential Rank Awards; President George W. Bush awarded him the Presidential Rank Award of Distinguished Executive for his work on the counterterrorism mission and President Barack Obama awarded him the Presidential Rank Award of Meritorious Executive for his work on the FBI's intelligence and business transformation efforts.